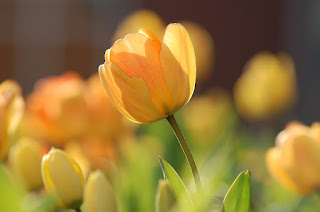 "of which I became a minister according to the gift of the grace of God given to me by the effective working of his power."   Ephesians 3: 7 NKJV

Grace is a word that is seldom used in the old testament. It's not there often because grace and truth come through Jesus Christ. The old testament definitely supports the idea of grace in that it speaks many times of the coming Savior. It also stands strong in  the love which is the most important aspects of why grace works.

God, in his unimaginable capacity to love us, sent His only son to take our place. He died because our sinful flesh couldn't redeem itself. Jesus is grace personified. Mercy is not receiving from God what we deserve in the way of punishment. Grace is his unmerited favor.

I wrote the previous paragraphs on Wednesday. On Thursday, I took my daughter  Rachel to the emergency room because of a bowel prolapse. She had a viral stomach upset for the two days before. She thought she had hemorrhoids, and it never occurred to us that it could be worse.

The Doctor at the walk in clinic we went to was wonderful. She said go immediately to the emergency room which we did. Once at Stony Brook hospital, the doctor said it was a hemorrhoid, but just to double check we will have the colorectal department check you. Meanwhile she got some pain medication which was truly necessary.

Rachel got relief from the pain she had for two days. She must have a high tolerance for pain. The nurse came in to check on her and he said, "Boy you are really strong, I couldn't think of having that much pain." I was glad to see the color return to her face. The doctors from the colorectal department said you will probably need surgery. She was sent to pre-op and the doctor who was going to operate came in, and he said, Oh, it popped back in!

He continued to say, "We will go in and repair the hemorrhoid, but we can give you a local anesthesia, instead of the general." "Awesome" is what I thought. About 40 minutes after I went into the waiting room the doctor comes to find me. He said, "There wasn't a hemorrhoid, she had a bowel prolapse. I didn't have to cut or stitch."
I wanted to do my happy dance right there in front of everyone, but I held back. A half hour later I saw her, and she was groggy, but beautiful. She came home with me that night, and today she is fine. No need for any more pain medication.

While all of this took place, I was texting friends to pray. What a wonderful group of prayer warriors! Neither Rachel or I were distraught or worried. I have to say I leaned a little towards panic when told she would need surgery, but I bounced back to trust quickly.

Fatigue also kicked in at some point, but I was not overcome by it.  I am forever grateful to God for sparing Rachel the pain and other consequences of surgery. The grace of God, which is referred to in our verse today, was upon us. God answers prayer, and he is a faithful Father to us, and to you. Blessings and love!


Posted by wholeheartedlady.com at 4:39 PM