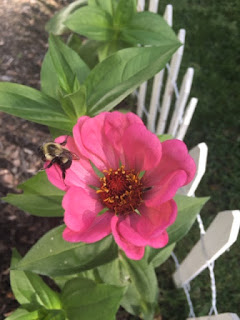 When everything is ready, I will come and get you, so that you will always be with me where I am.
And you know the way to where I am going." No, we don't know, Lord, Thomas said. We have no
idea where you are going so how can we know the way? "  John 14:3-5 NLT

"Silly Thomas! Why does he ask such questions?" I can imagine the other disciples thinking such

things." When is he going to learn?" If the disciples of Jesus were truthful about the matter they had

no idea what Jesus was saying either.

Why do I think this? We see in the book of Acts that the disciples dispursed after Jesus died. They

seemingly had no direction and didn't know what would happen. I don't think we should look at

Thomas as the doubtful one, but as the truthful one.


Thomas was looking at the nature of things.His spiritual understanding may have needed an upgrade,

but at least he didn't pretend he knew what was going on. I think it was rather smart of him to ask

questions. When I was in school the teachers would say, "there aren't any dumb questions." Asking

questions is how we learn.

I have to admit, I am afraid to ask a question most of the time. I don't want to seem uninformed, or

dumb. Do we really judge each other like this as adults? I think we do sometimes, or at least I have.

In the verses that follow, we hear Jesus explaining what he meant to Thomas, and the others.

Jesus told him, "I am the way the truth and the life. No man comes to the Father except through me.If you had really known me, you would know who my Father is. From now on, you do know him and have seen Him!" John 14: 6-7

If Thomas hadn't been honest, we may never have heard these truths that Jesus spoke to him. Jesus

beautifully describes who He is, and who the Father is. Jesus plainly tells Thomas and the others that

God himself is standing before them.  This isn't something  that's easy to comprehend, because the

reality of it can pass over our finite minds.

Jesus knew what was on the hearts of the disciples as he calls them out on thoughts more than once.

This way of speaking honestly and openly was probably something new to them. Men, generally

have less to say about emotions. These were rugged men, fishermen who worked outside in all kinds

weather, no matter what was happening in their family life. If they didn't work, no one ate.

I don't blame them for not understanding everything Jesus said. It has taken most of us years to

grasp the simple truths of the Gospel. Seeking after Jesus, running towards Him is what makes the


Posted by wholeheartedlady.com at 1:16 PM