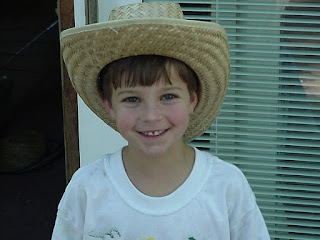 Not that I am implying that I was in any personal want, for I have learned how to be content in whatever state I am. Philippians 4:11

This is my son Matthew at age four. I didn't send him to Pre-school because he wanted to be with me. We had a lot of fun together that year. He did go to Sunday School and violin lessons, and I was happy with this. Now that he is twenty four we still spend time together, and I feel so blessed. He will be home for a few months before he starts school again.

There is much to be said about the bonds between mother and child. My children have good memories, but not all of us can say the same. I'm not being negative about my parents because they did the best they could. They loved us as much as they were able, and I'm grateful for this. The scars are still familiar though.

I wonder how many of us can say the same? What about all the young women in our communities stuck in the cycle of pleasing others. They have bought ino the lie that they will never measure up to so and so or be as pretty as the guys want them to be. There is no peace or acceptance of who they are.

I want to tell you what God has been doing in my life recently. In late January, early February New York was thrown off their horse by the Abortion bill called S240. In passed unexpectedly behind everyone's back. I have to say my eyes were blinded to the seriousness of the situation until this passed. Abortion is now legal at any stage of pregnancy up to the baby's due date.

My earnest prayer has been"God have mercy." My desire to do something led me to empty by piggy bank {don't laugh} into a bank account. I had saved coins  from around the house for two years. I had collected the money for cans from the supermarket. My violet colored pig was about to burst, and I coud hardly carry her to the bank.

All I have done is tell this simple story to others. In two days I have had three women say to me,"I will do the same and give you the money." One woman from my church said, " I will turn in my old coins at the exchange and give you what I am given."  God put in into my heart to go to the bank. There is a saying, "Little is much when God is in it."

What is the money for? A home for Unwed Mothers. I feel if we are standing out in front of Planned Parenthood, we need to be able to tell these precious women we have a place for you and your baby. We are part of a prayer vigil for 40 days through an organization called "Forty Days For Life. We don't shout, or carry unappropriate signs. We pray. We talk when we are asked questions. Our presence has saved lives.

Last Friday a mother dropped off her sixteen year old daughter to have her second abortion. The Mom was distraught, and said to one of us,"I know this is wrong, and I didn't want to do this!" The girl who was on the other side of the building came running down the driveway saying, "Wait Mom, I want to talk to these people too!" This ladies were given directions to a free clinic for a sonogram. They wanted this child.Not every story has a happy ending.

I am having a meeting with the Crisis Pregnancy Center leaders in our area to brainstorm about what we feel God would have here, now. Would you pray for us? Some of you are in states where this hasn't happened yet. May it never happen. All I know right now is God has said to me, Focus on me, and move forward. The Mama Bears march on.


Posted by wholeheartedlady.com at 5:51 PM