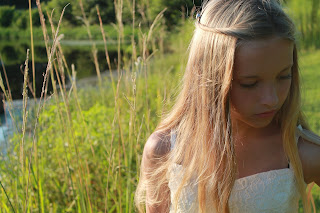 " He who descended is the very one who ascended higher than all the heavens, in order to fill the whole universe."  Ephesians 4:10 NIV
Stop for a moment, and think about this verse. I had no idea when I first came to know God what He had done for you and I. In His humanity, Jesus submitted to His Father's plan. He knew His Father's plan included the cross. The sinless Son of God would hang on a tree, between two thieves.

His choice, fully knowing the consequences, was to be crucified. This doesn't mean it was an easy choice. It wasn't what He would have chosen for himself, but He wasn't motivated by His own choices. He knew His purpose for coming to earth, and He was determined to fulfill it.

In the old testament times, a spotless, perfect lamb had to be sacrificed on the altar in proxy for all of the Hebrew nation. Only the High Priest could go into the Most Holy Place to perform this sacrifice, for the atonement of sin.

A Priest studied and worked hard in order to be chosen for this highly respected position. He knew that being in the Holy of Holies could bring death, because God's presence was there. If He moved the wrong way, or had any sin in His own life, He might not return from this place.

Once a year this Priest would make a visit to atone for sin. Once and for all Jesus gave himself up to the plan of God. He became the Lamb that was slain. He took our place so we could live. He sits at the right hand of the Father now praying for us. God no longer sees our sin, because He sees the blood of Jesus instead.

This reality can be mind boggling when you consider that He chose it. Not because He wanted to suffer, but because He knew it would bring us to God.What kept Him on the cross? Only love for us could do this!

Posted by wholeheartedlady.com at 11:08 AM