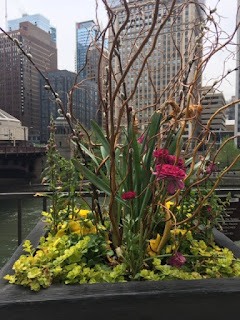 I've been meaning to tell you about my weekend, but I needed time to sort things out in my brain. I went to Albany with some friends for The Day of Mourning. New York has passed recently the most hein0us abortion bill in our country's history.

The one who organized this Prayer Meeting isn't from New York. Her name is Elizabeth Johnston, and she is know on the internet as "The Activist Mommy." She lives in North Carolina, but she felt God's tug on her heart, to come to Albany.

We didn't know she wasn't from New York. I assumed she was a New Yorker, but when I found out she wasn't I felt ashamed to be a Christian in New York. Why hadn't we thought of this ourselves I wondered? "Are we complacent Lord," I asked. He assured me that we aren't but that Elizabeth was a gift to us to move forward!

This entire meeting was put together in three weeks. When we asked those who are part of Elizabeth's group how this could be, they said,"It's a miracle." How were they able to rent out a conference room in a State building in New York? I can't even imagine!

Not only is it a State building, it was the room directly under the place that our Governor signed the bill into law. God is doing amazing things, as this is what He is known for. God God is greater than any arrogant, hostile Governor, or legislator! We have the God of all creation on our side.

We mean no harm to anyone because that's not the way God operates. He works in the silent places of the heart, to bring people to the truth. We pray for Governor Cuomo every time our Prayer Meeting meets. He is desperately lost, but no one is too far away from God. He has turned around the vilest sinner to see the light of His glory and grace.

I read today that D.C. was shocked to learn that the Law on Capitol Hill to give babies born alive after an abortion life as voted down. How can this be? It baffles my mind, and many others too. Hopefully the outcry will be overwhelming because the devil overplays his hand.

What did we do for four hours in the Conference Room? We prayed for mercy on New York, and for strength for Pastors to stand up with courage against this heinous crime. My Pastor mentioned abortion for the first time in a service two weeks ago and he is planning on talking about it this Sunday too. Do what you can sisters, to save babies lives!
Posted by wholeheartedlady.com at 2:18 PM