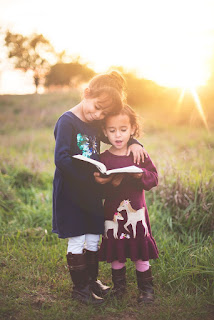 " And being found in appearance as a man, He humbled Himself and became obedient to the point of death, even the death of the cross. Philippians 2:8

Thinking about my childhood has been engaging more of my time lately. I remember my mother telling us the same stories from her childhood when we were young and until she passed. She never grew tired of telling us, and we tried to stay interested.

These were important times in her life, and she wanted to make sure we understood this. I truly understand it fully now. Her memories from the past may have been her best memories. As a christian, I have much anticipation of the future.  This is not to say I didn't have fond memories of my childhood.

We had some wonderful times being young, but my brother, sister and I had heartache from the time we were very young until now.  Many of those heartaches have been melted by the power of Jesus in me. My sister has experienced some healing too.

No matter how old I am, I know the healing will continue. Without the power and grace of God in my life, I would have been a very different person. Shame and guilt would have engulfed me, but this is not my story. Did you know when God originally made the Garden of Eden, guilt and shame were not present?

These two horrible lies from the enemy are from the result of sin entering the world. Adam and Eve did not know any such feelings until sin entered the picture. These are some things the Holy Spirit has worked out of me over time. In my growing up years, these were put on me in a strong way.

God NEVER INTENDED for us to experience shame or guilt. These are from our enemy, never from God. Using such cruel tactics to control or coerce others is never O.K. In some religious settings, I have been told, guilt was used to push people to do what the authorities said.

Jesus took our guilt, shame and heartaches on Himself when He went to the cross. He was the sacrificial lamb that was slain for the sins of all. Nothing more will ever have to happen for us to be right before God. This truth drives us closer to Jesus, and to righteousness. God's love is what held Him there.
Posted by wholeheartedlady.com at 3:34 PM