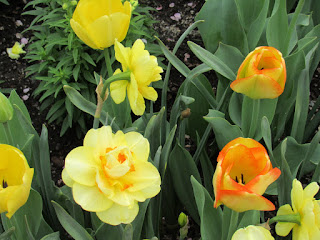 "And I am sure of this, that He who began a good work in you will bring it to completion at the day of Jesus Christ.    {Philippians 1:6}

I haven't been able to share this story with you until now, because it is emotional for  both my husband and I but I want to share it because I believe it has value for you. You don't mind if I splash a few tears on to my keyboard do you?  Good.  It all began when a 20 year old girl named Gabrielle called my husband from Stony Brook Hospital. She was in critical care, after being in a serious car accident, and was badly injured. She wanted my husband to be her Lawyer and defend her in court, because she was the driver, and had been drinking, and her best friend had died.

My husband got there as quick as her could, and found that Gabby didn't have any family visiting her, and hadn't had many visitors, except for the mother of her best friend who passed away. He was gripped by her story, and when she offered to give him the $2,000.00 that she had he said no, I will defend you because I want to. She cried, and could't believe her ears! Why would he do this? He said "Because God takes care of me, so I can take care of you." Rudy called me as soon as he left, and was overcome with Gabby's story. I cried when he told me about her, especially about her financial need, and his provision. "This is why I love you so much!" I said through the tears.

My first step was to call prayer warriors to pray for her. She had a long way to go before she could stand in court. The I went to the hospital with a christian book in hand, ready to share Jesus with her. She had fractured her spine, both ankles,  her femur, and a few ribs. She was a very special girl for sure. When I shared  my book with her, and told her how much Jesus loved her, and that he was not angry with her, I expected her to cry. She didn't. The look on her face went from pain, to fear. She now looked at me as if she were a six year old girl. She had no understanding of what I was saying, and couldn't comprehend why I would come to visit her. She said that some man in the hallway had called her a murderer, and cursed at her. Oh, my heart fell, "that's not true, you didn't do this on purpose!" She shrugged her shoulders, and looked more child-like than before.

Gabby had been in the U.S. marines when she was discharged with a back injury. She wasn't your typical 20 year old, out drinking. She had a boyfriend who broke up with her, and she was hurting. Sure she had made some wrong choices, but when you don't know anything about Jesus, and his plan for you, where do you go? No parents around, only kids her age. She had been on her own since she was 16, and  her question to us was,"where were you when I  was 12, lived in a car, and ate out of the trash?" I visited Gabby again in the hospital because I knew she would be transferred to the Veteran's hospital which was further away. I have to say it was hard for me to make conversation. I didn't know what to say, but wanted her to know that we cared about her. She told me about her friends who prostituted themselves, were gay, and didn't have much going for them. What could I say? I don't think I can get through this without more tissues.    To be completed tomorrow.


Posted by wholeheartedlady.com at 5:58 PM