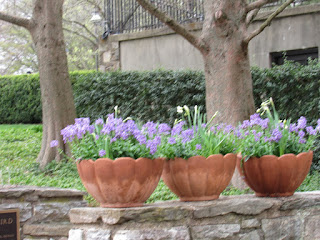 "By the word of the Lord the heavens were made, And all the host of them by the breath of His mouth. He gathers the waters of the sea together as a heap; He lays up the deep in storehouses. {Psalm 33:6-7}

I don't know about you but I am amazed that North Korea's leader Kim jong-un is only 27 years old! He is the same age as my oldest and I can't imagine that kind of prominence or pressure on such a young man. He has been raised all his life to be the ruler of this nation, treated like royalty, when in truth he is not any different than anybody else. I think he believes every word of it.

The difference between this country's royalty and let's say England's is that the english monarchy is taught that God is the final authority and rules over them, and they are to honor and respect that. Whether or not they actually do, is an individual matter, but at least they are not raised to look at themselves as deity.  Can you imagine this young man being told since birth that he is a god? People must worship him, and do exactly what he says or suffer the consequences. This is so foreign to my way of thinking, and probably yours as well.

As we look at this verse today, I kind of feel a sadness for this young ruler, because he is so far from the truth! Have you ever experienced a harsh thunderstorm or been somewhere by the ocean after one? The water becomes wild and unpredictable. It doesn't take much to realize that we don't have control over such things. I pray that  by God's grace Kimjong-un comes to hear the word of the Lord, and repents of his foolish ways. Please pray that this young man will heed wise counsel and not be puffed up any more. Scripture says,The King's heart is in the hand of the Lord, Like the rivers of water; He turns it wherever He wishes. {Proverbs 21:1} This young man has a will of his own for sure, but he is not outside of God's reach. Ask God for mercy on Japan, south Korea and all those in the region. We don't want to see destruction on any side.

Proverbs 20:28 also says, "Mercy and truth preserve the King, And by lovingkindness he upholds his throne. This is not our ruler in N. Korea, which could mean that he is not secure, as the people around him may take him down to preserve the nation. Whatever is on his mind, God is ruler over all! We live in tumultuous times, but never are we out of the Lord's hands. He is faithful and true, and for this we praise Him!
Posted by wholeheartedlady.com at 5:30 PM